CALSAFE Associates are a Valued part of our Membership 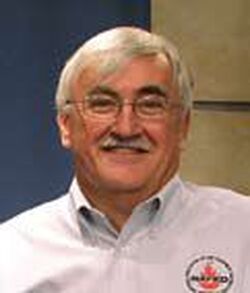 It is with sadness in our hearts that NAFED has to relay the news of Norb Makowka's sudden passing on January 26, 2022. The cause of his death is not known at this time, but we didn’t expected this, as he seemed to be in good health. Norb was a much beloved father, grandfather, husband, co-worker, and friend and will be incredibly missed.

As many of you know, Norb was very much a part of NAFED’s foundation. He was always a dependable source of knowledge for everyone, not just for NAFED members but anyone he had contact with throughout our industry. After his years in the fire equipment distributor industry, he joined the staff of the association in 1992. For thirty years he has been a phone call away when people have had questions or concerns. He has been our point person on over a dozen NFPA technical committees, DOT compliance, and federal regulations. He helped create and manage our robust certification program. His hard work has been a large part of what makes NAFED the successful and essential association it is today. It is hard to know what we will do without him.

We know that many of you had a personal relationship with Norb, so know that you are in our thoughts as we hope we are in yours. The world just lost a generous bright light of a human being, and that is something hard to recover from. Please take the time to mourn and look out for one another.

He is survived by his wife Sue, daughter Kristen and son Michael, and granddaughter Lucy.

Funeral arrangements will be announced at a later date.